Over 185000 in Profit from Trading! This week we speak with Josh; one of our newly minted funded traders who has just earned an insane $185k payout! He shares not only his trading journey; but principles on risk management, psychology, and a look into his strategy. 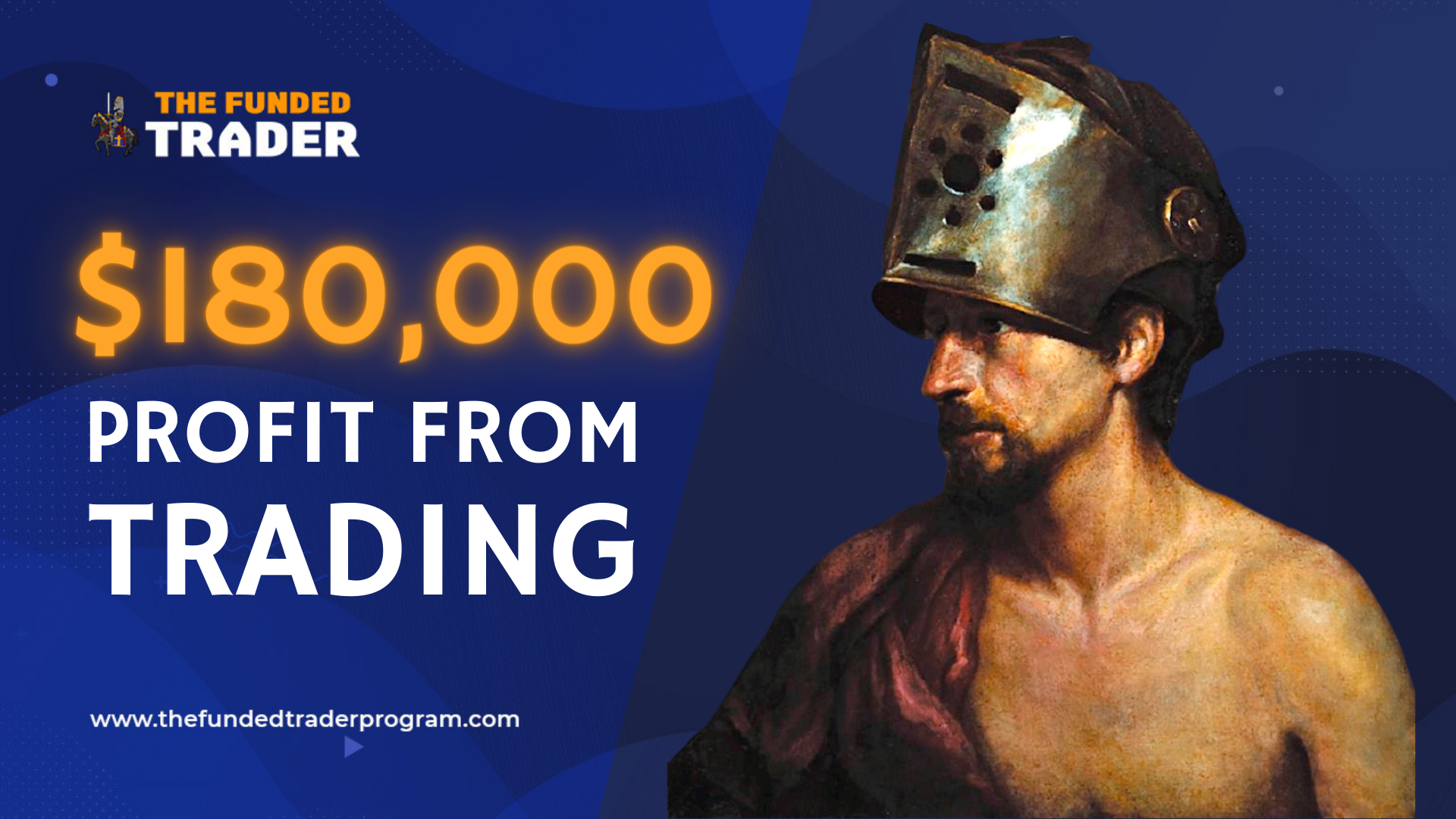 “The money isn’t yours until you take the profits, don’t let your emotions get the best of you!”- Josh

Hello Funded Kingdom and welcome to this week’s look at one of our newest funded traders, Josh! Ready, to learn how Josh has made over 185000 in profit from trading using the Funded Trader Program!

What are your views on trading?

As the interview kicks off, we hear Tori ask Josh about his personal views on trading to which he replies “I blew through all of my savings, I had 20 thousand saved and I lost it all” but Josh is never quiet!

Facing this hard time, Josh decided to revamp his strategy and tackle the problem head-on, “Lose less, win more” Josh says as he explains his psychology towards trading. It’s very simple and to the point, but extremely effective if conducted properly!

Tori asks the question we’re all dying to know, “what was your payout?” “I made $185 THOUSAND”!!! Although Josh is happy with this amazing payout, he goes on to tell the listeners that prior to this his last payout was in April.

Understanding the risks, continuous advancement and improvement, and a lot of tenacity can lead you to huge success.

Josh speaks directly to the community and the listeners by imploring them to backtest, it is such an important and effective step to achieving success.

Josh then goes on to explain the payout process, saying it is simple, easy, and quick. “When it’s time for your withdrawal dates you put in your request, give them time to process the amount (Payouts are reviewed and approved within 3 business days) once processed they will email you confirming it, and once that’s completed you will receive your payout.”

Josh immediately shares his screen with Tori and begins his breakdown by stating “most of my trades come from GJ” (GPB / JPY). Josh then describes how traders shouldn’t be afraid to maximize their wins, “If a trade is going your way, don’t be afraid to increase your lots.” Explaining that all you need is to create a strategy that wins 50% of the time and then maximize the profits from the positive trades and minimize the losses from the losing trades.

At this time, Josh then goes back in time on his charts and shows us a point in June of 2021 when the market made the same exact moves as it did when he made his 185k profit, backtesting and analyzing the prior data that the market has provided us is essential to becoming a proficient and profitable trader.

Expressing the importance of understanding the weekly candle and how it is formed, Josh shows us that his method of analysis is extremely effective and works for most, if not all, pairs.

Although Josh implores traders to add more lots when the trades are going in their favor, he also warns them never to risk more than their daily drawdown. Even if the market is going in your favor, you never truly know where it’s going, and you need to protect your accounts.

Josh begins his answer by stating he has a rule written on the board in his office that states, “The money isn’t mine until I close the trade!” When trades start going Josh’s way he doesn’t close, instead, he holds and anticipates a higher gain percentage.

While only trading GBP / JPY, EUR / AUD, and USD / CAD, Josh is always looking for the easiest setups, “If you don’t know, then don’t trade.” Moving forward in his explanation, Josh tells the listeners that he is not big on fundamentals and focuses more on technical analysis.

Josh transitions his charts to the GBP / JPY, saying, “This is where I’ve made the most of my money!” While showing us some of the chart analysis that he has, Josh explains how he could’ve made more money if he had only been more attentive and reliant on his strategy.

He explains how he catches small movements within trend lines while keeping an eye on the larger trend, so he knows exactly when to close his trade and open a position in the opposite direction if analysis permits.

Josh talks a lot about the emotions he feels while trading and how it has affected the outcomes of said trades, this interview is very relatable as we all deal with the same effects.

Advice for traders who want to advance!

Beginning his advice, Josh tells us we need a plan, he had never used a trading plan until now, and it clearly has worked out for him considering his nearly 200,000 dollar payout!

Josh continues on by saying “Never risk more than your daily drawdown” and to never rely on other people’s strategies, we must build our own and create a winning strategy based on our trading style!

CLICK HERE TO TRY A STANDARD, RAPID, OR ROYAL CHALLENGE