This Funded Trader made $29,000 Profit from Trading

“You can have the best psychology but if you don’t have a profitable strategy, you’re still not gonna make money.” – Pat
This week we introduce Pat, our newly minted funded trader who was able to make more than $29,000 as a funded trader. He shares not only his trading journey; but principles on risk management, psychology and a look into his strategy. 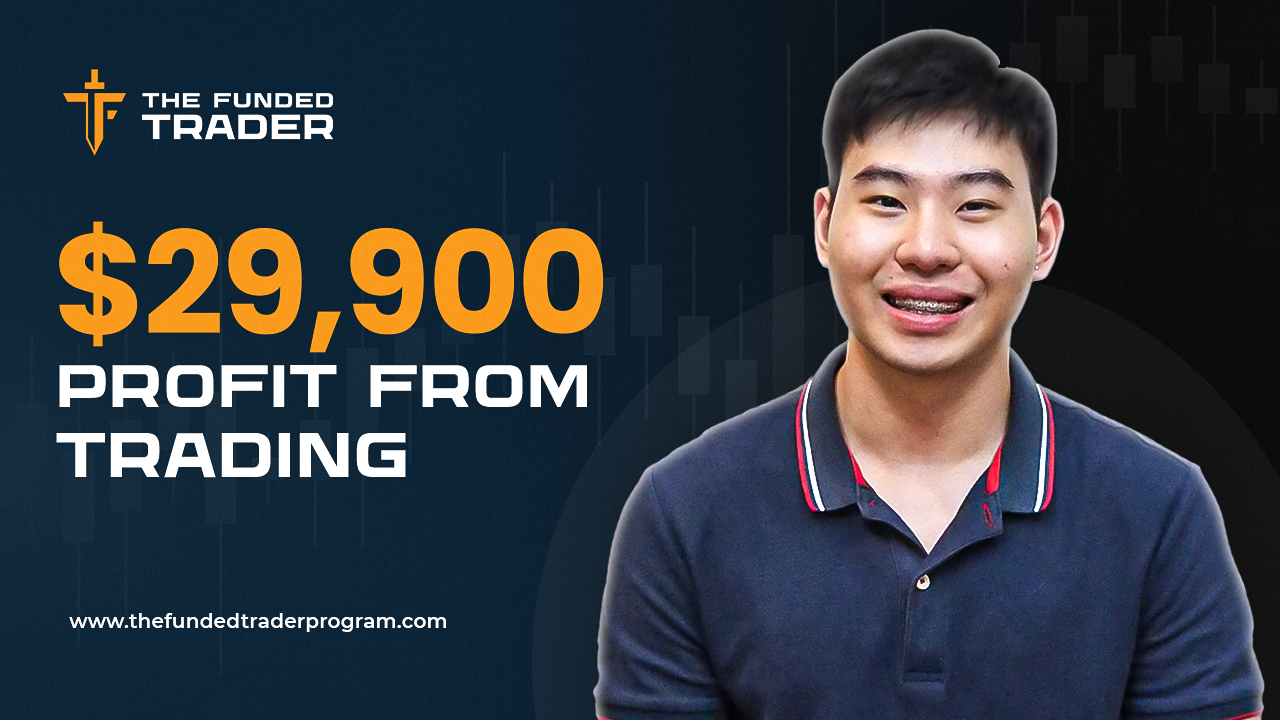 Pat is a 21 yr. old funded trader who has been interested in trading since he was 17 years old. In his journey into trading, he had a family that supported him, but he had to do a lot of the research on his own since no one in his family was a trader or knew anything about it. Pat had to engage in watching a lot of YouTube videos to understand the basics.He also got into a lot of different communities that taught him different strategies until he finally found one that worked for him. An example of trades he takes is those on one hour time frames because it really fits his schedule.

Discovery of The Funded Trader

Pat had gone through various prop firms testing each to see what worked for him best. FTMO was his first prop firm but he moved from there to My Forex Funds and then finally to TFT. Pat was also very involved in the community, especially Discord. He joined a few of the chess tournaments and even came 4th place in one of them.

Sharing his screen, Pat talks about how his strategy is on very clean charts and one-time frame only i.e.. the H1 time frame. It basically involves pure price action; no indicators and no news. He opened a trade from his history where he had made a lot of profit earlier and explained the process.

He saw that the price was going down in a descending nature and then after seeing a break of a trendline, he decided to place a trade and go Long. He showed how the price pushed all the way up after that and he was able to close his position in profit. Pat usually trades a lot of pairs but mostly around 7 and they’re usually the major pairs; EUR/USD, GBP/USD, AUD/USD and others.

According to Pat, the number one thing that helped him become more profitable was patience. Sometimes people want to be in the market all the time and to take every trade they see but this just means more losses. Pat believes it’s better to sit on your hands and wait for the good opportunities because they do not come all the time.

TFT payout and advice to other Traders

Pat shared that he had probably made a lot of money because he wasn’t focusing on the profits while trading. He however confirmed that it was around $29,000.

Pat agrees that psychology is one of the most important things in trading and emphasizing what he said earlier, he talked about the importance of patience. “For someone who isn’t patient enough to wait for the good trades, they’d be taking really bad trades.”

Pat believes everyone needs to have a strategy. He talked about how a lot of people might say you need to work on psychology but that a profitable strategy is just as important. This is because someone who doesn’t have that still isn’t going to make money. In his opinion, psychology and strategy both go together and if he was to pick one, he’d pick strategy followed by psychology.

PrevPreviousHow Funded Trader Remo made $700 profit and still strives for More
NextHow Usman made more than $15,300 as a Funded TraderNext